I pulled out my Big Shot the other day and for the first time ever used material other than paper.  Seems strange that I've had the Big Shot this long and have never been adventurous.  Felt was on sale at my local craft store and it was too cheap to pass up.  Today's projects aren't original and it's probably not the first time you've seen something similar.  It was a first for me though! 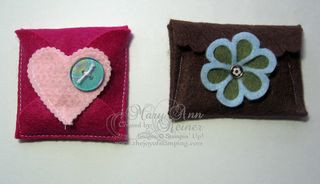 You'll notice I also pulled out the sewing machine.  I have a love/hate relationship with my sewing machine but I was determined to make it work with these projects.  I was too lazy to change the thread so everything that I've sewn on has had white thread.  Could be worse, I suppose. 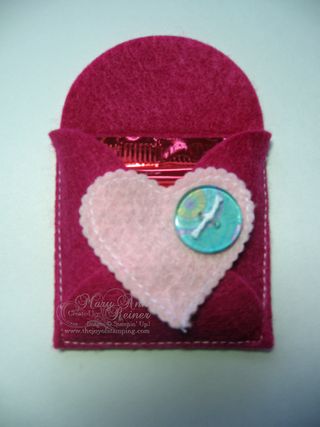 Like I said, this idea is not new, but I love how the petal card die is perfect for making a unique chocolate holder.  Ghiradelli chocolates fit perfectly in the pouch.  Typically I have seen ribbon or a belly band around the center, but I really wanted the heart to be the focal point.  The heart is the Sizzix Embosslit called Heart of Hearts.  I was concerned about the felt with the embosslits but it cut with no problem at all.  For some added dimension I added a clear button back with some Kaleidoscope designer paper.  The heart is adhered to the pouch with mini glue dots. 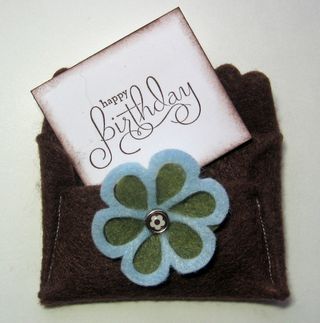 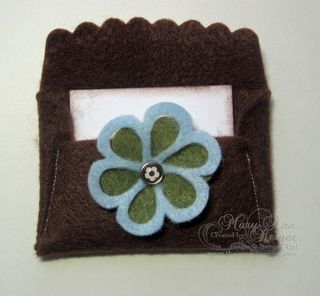 So as not to get into a Valentine rut, I also made a scalloped envelope with a birthday message.  So cute!  The flower not only acts as the focal point, but it also keeps the envelope closed (see top photo).  I am able to tuck the edge of the flap behind the flower and it stays closed without a problem.  The flower is from the Baskets and Blooms die and is secured with a epoxy brad found in the new Stampin' Up! mini catalog.

Thanks for stopping by!

The comments to this entry are closed. 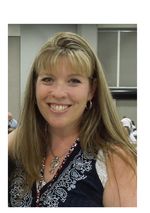